How The Wildfires in California Affect You 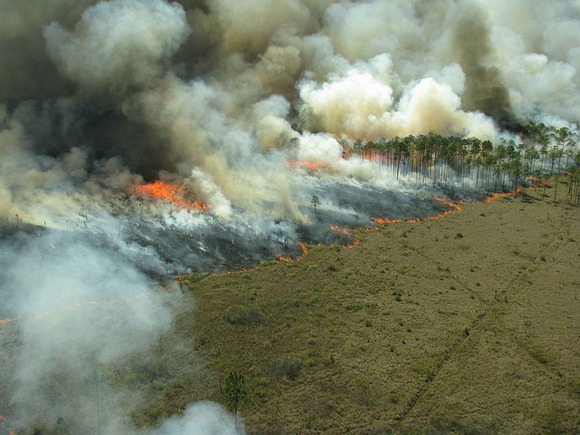 There are currently four large, active fires burning in California, damaging nearly half-million acres of land, destroying some 2,000 homes and claiming seven lives. These series of fires have racked up a price tag of well over $1 billion - a number that economic officials predict will continue to grow until well into the winter months.

The statistics from these fires are very similar to those California has suffered from in the past. In 1991 a swarm of fires in Oakland Hills cost between $3 billion and $4 billion in claims, and in October 2003, a series of fires in Southern California created more than $2.6 billion in losses. With price tags reaching well into the billions of dollars, fires like those burning in California now could take a toll on more than just the immediate region’s economy.

Several branches of the economy will suffer financial losses from these disasters, including deficiencies to both the tourism and farm industries and a rise in homeowner’s insurance rates. Budgets of local governments will be stretched due to the unplanned cost of emergency services. The funds used to cover the damages caused by these fires were originally in place to be invested in activity that produces economic growth.

Chief economic officials fear the fire that’s damaging California could potentially force an already fragile economy into a dangerous recession. Schools and businesses were forced to shut down resulting in lost sales and lost wages, which further resulted in slower spending. The 11,000 acres of farmland that were destroyed – nearly a third of the state’s avocado crop as well as eggs, oranges and nurseries – all suffered deep monetary damages.

While the federal government will offer some disaster assistance, the brunt of these costly disasters will eventually fall in the laps of the California taxpayers, as well as both state and local governments. Individuals who live in fire-prone areas will also likely pay higher insurance premium rates to protect them from the risk of fires in the future. Furthermore, those who lost their homes to the fire will likely face losses due to the depressed housing market and the fact that claims are based on current market values.

Unfortunately, financial hardships and a downed economy aren’t the only things being affected by these fires. The particulate matter polluting the air, like smoke, dust and other debris, is leading to serious public health concerns. Exposure to these sources can reduce lung function, aggravate lung disease, increase asthma attacks and lead to acute bronchitis.

Though healthy individuals may not experience such dramatic side effects, those with preexisting health conditions, like cardiovascular and respiratory issues, are at a higher risk of being effected by smoke. Many people are taking extra precautionary measures to protect their health: school aged children in Fresno County are not allowed to go outside for recess as long as there is heavy soot in the air. Children in the San Joaquin Valley area have been kept home from school because the dense smoke is causing severe asthma attacks.

Even healthy individuals are experiencing painful side effects from the fires like burning eyes, chest congestion, trouble sleeping at night and more. The level of smoke is bad enough that health and air officials have increased the warning from “unhealthful” to “very unhealthful.” Unfortunately, these officials don’t expect conditions to improve until well into the winter.

The best thing you can do to protect yourself against the harmful effects of smoke is to stay indoors with all windows and doors closed. Do not participate in vigorous outdoor or indoor activity and consider running an indoor air filter to reduce the amount of pollution inside your home.