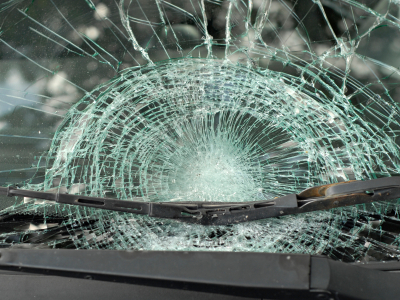 It is told that two wealthy business men in the same town bought the first two automobiles to be brought to the town.  In the days still dominated by horse and buggy, somehow these two proud owners of the emerging technology didn’t see each other coming while driving down one of the main streets of the town and collided in one of the first recorded automobile accidents.

This story begs the question; did they, the only two car owners in the town, flip each other the bird immediately preceding or following the accident?  If so they would not only be some of the first to get into a car wreck but also some of the first to engage in road rage, primitive though it may have been.

Road rage today is responsible for a large number of automobile accidents annually in the United States.  Road rage occurs when persons behind the wheel become angry, sometimes irrationally so, at other drivers on the road.

It is seen as somewhat natural, in fact.  If another driver cuts you off, you retaliate with a horn blast.  If some kid flips the bird, raise it back in defiance.  And around fifty percent of all drivers participate at one time or another in these potentially dangerous acts of road rage.  But considering the risk to life and property such acts must be curbed in the United States.

When next you are confronted by a road rage situation consider that it takes two to quarrel, two to fight, two to road rage.  Swallow pride and make it home safely and maybe with time and a lot of luck the dangerous and destructive practice of road rage will be eradicated by level headed and rational thinkers just like yourself.

Click a logo below to get an instant auto insurance quote.